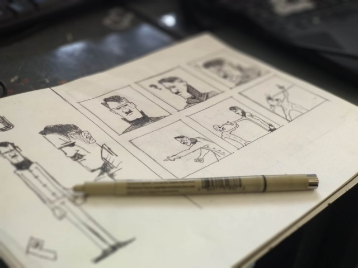 Visualization is always a creative door opened through the process of observation. We see the number of characters and stories, and we are related to them in the day to day life, sometimes we photograph it, sometimes we shoot a video, painters paint and writers write but what is that expression if we have to give life to an image formed inside our mind, an imagination which tickles us to tell the story, the story which has our texture, color, form and yes animation.

Animation is an expression produced by methods and techniques which include motion in figures and programming when it comes to CGI. We have seen various films produced by Pixar, Disney, DreamWorks, Gibli studios, and Netflix which have touched our deepest emotions with the magic of motion and aesthetics.

But any experience is not as simple as it looks. It has a very interactive as well as individual process which contains a huge amount of hard work from character design, production design, environment art modeling, and rigging till the final animation outcome.

This picture was taken during the in-depth study of anatomy and rendering during one of the session of animation batches. Here in Lisaa school of design we train our students from previsualization to post-production and push the boundaries of their process. We train them from the basics of anatomy, observation drawing, character and environment design, character modeling, rigging, keyframe animation as well as animation using programming language.

Today the Animation industry has grown in all the areas like entertainment, corporate, medicine, manufacturing, architecture and yet its growing.