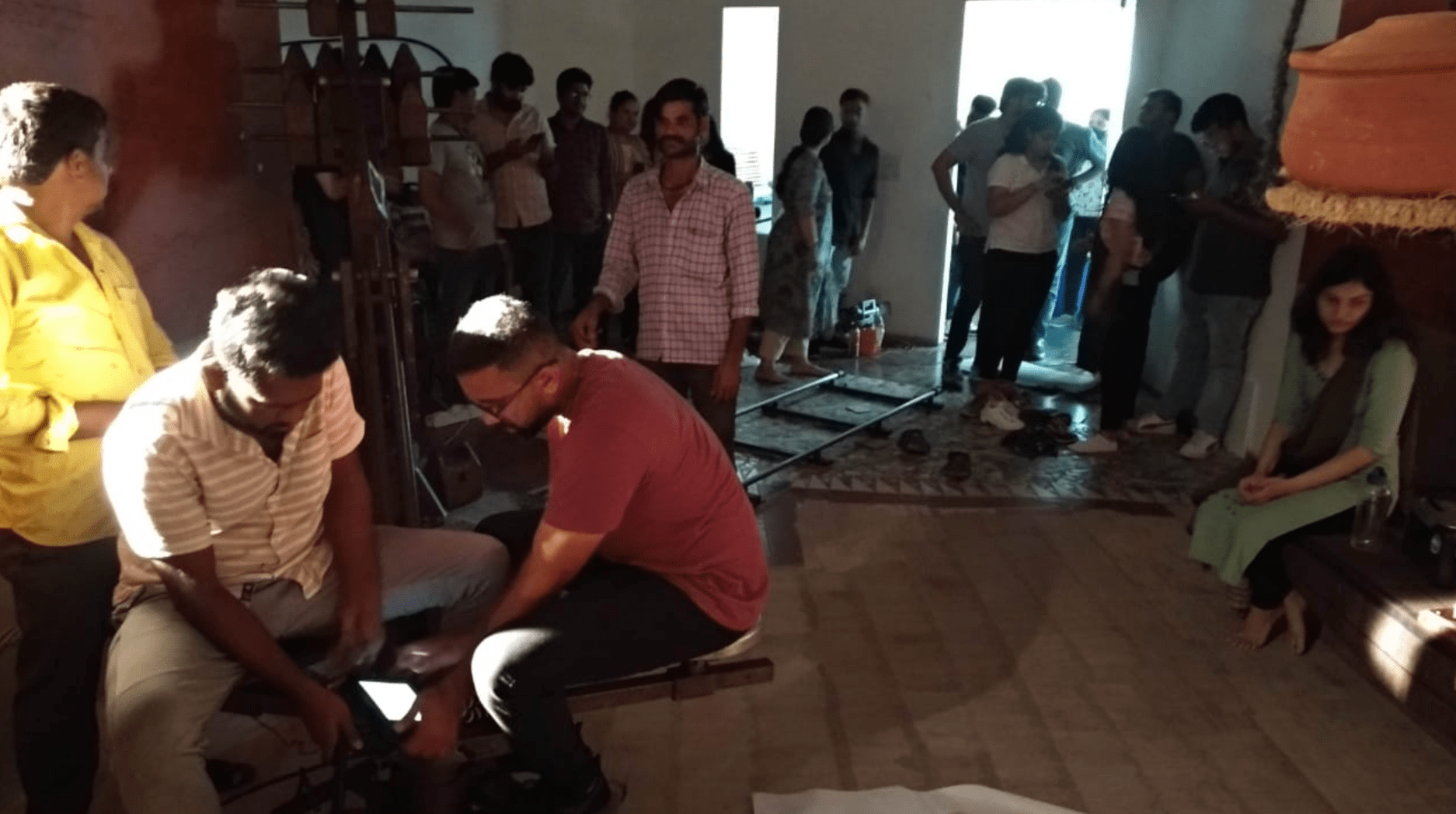 “Mise-en-Scene” is a French term which means “Setting the stage”. Every Diploma in Film Making Batch is required to execute a scenario to showcase their understanding of various “mise-en-scene” concepts.

Mise en Scene includes careful selection and placement of actors, props, set dressing, lighting, costume, makeup, color and all the other factors that could affect the audience’s perception of the story world and emotion at any given point of the narrative.

On 26 May, 2022 (Thursday) Diploma in Filmmaking September 2021 batch shot their Mise en scene exercise, under the mentorship of Mr. Unnivijayan, our mentor and the Director of the national award winning film “Lessons in Forgetting”. Cinematography and Direction students collaboratively built a periodic hut which resides a father and daughter. Through rigorous visual and textual research students figured out various details that go into set and props of that particular era and recreated the set with available materials over a period of 20 days.

Harshavardhan, Cinematography student, “ Mise-en-scene workshop is a unique opportunity for us to apply several cinematography techniques such as space lighting, crane operation, focus pulling etc. I personally learnt how to communicate with the crane operators before and during the take in such a way that the camera movement feels as invisible as possible and motivated. Building the set with limited resources and achieving the desired lighting pattern and ratio were highly satisfying”

The script for this workshop is written by our Direction mentor Mr. Utkarsh Salunkhe, in order to challenge the students to execute a one shot short film. Ms. Prerna Kirtikar and Mr. Sachit, experienced theater actors played the roles of daughter and father respectively.

Mr. Sachit said “It is completely a new experience to enact the entire scene for a single shot, it felt close to performing in a theater. Happy to be associated with CREOValley and would like wish the students all the best”

Ms.Prerna said “Having worked in theater, it was really special to perform a single take short film. Team CREOValley, has always been supportive in giving opportunities for the aspiring actors with some interesting concepts and characters. Wishing CREOValley students all the best for all their future endeavors”

Overall, the workshop was very eventful with students learning one of the most important aspects of filmmaking popularly known as “mise-en-scene”. Students from Interior design also visited the set during the shoot to witness the lighting and textures of the set and appreciated the efforts put by the Filmmaking students.