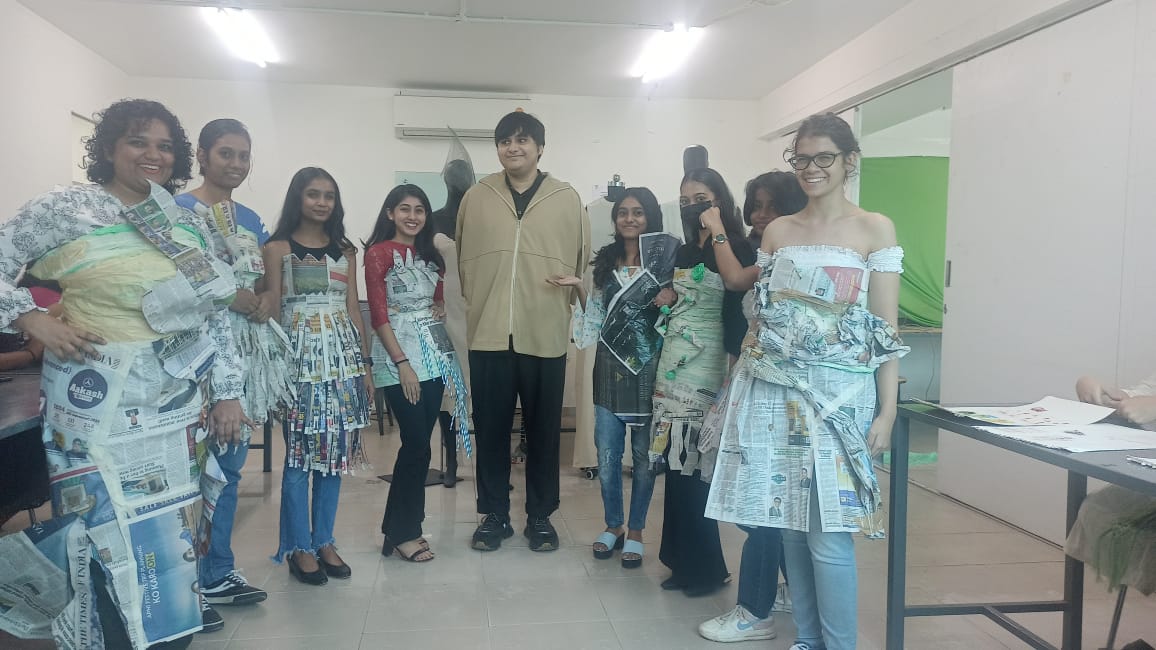 Feelings are what separates each designer’s creative thinking. tn short a designer can incorporate the process of understanding an intangible item and converting that into a garment using unconventional materials.

On Friday the 23rd September, the first year students of fashion design attended a workshop “Création scénique” by Mr. Numaan. He is an emerging costume and fashion designer who is specialized in pattern making from ESMOD, Paris. He likes to accentuate the amalgamation of western silhouettes with eastern textiles to bring out the shining aesthetics. Création scénique workshop started off with Mr. Numaan introducing himself and getting to know the young designers. Firstly the project was to make the tallest tower using straws. Two groups were made and were given 20 minutes to complete the structure to make them explore their creativity. The second project was a fun and interesting one. Candies were given and the students had to draw out the emotions felt while consuming them. Even though it was a bit vague at the beginning, it was clear towards the end while moving towards the end.

Finally the third one involved splitting the students into groups of two, consisting of a model and a designer. The designer had to make a body cast of the model using a plastic bag and masking tape. Then the outfit had to be made out of newspapers and other non-conventional materials. Later the models had to walk and put up a runway show once the ensemble was finished. From eating to expressing the feelings, the main purpose of these projects was to make the students realize that there are different approaches for making a garment, where they just had to understand the “out of the box” thinking method while creating the ensemble. In other words, intangible things can also be used and taken as inspiration while making a garment.